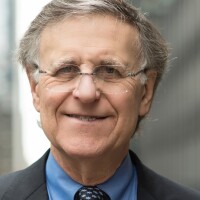 William Glasgall is Program and Editorial Director for State and Local Accountability and Improvement programs at The Volcker Alliance in New York.A four-decade veteran financial journalist, Bill brings to the nonpartisan, nonprofit organization a deep knowledge of state and local government finances and fiscal policies and leads the Truth in State Budgeting and Financial Reporting project that is building on recommendations made in 2013 by the State Budget Crisis Task Force headed by Volcker Alliance Chairman Paul Volcker and former New York Lieutenant Governor Richard Ravitch. Bill is also senior adviser to the Ravitch Fiscal Reporting Program at the CUNY Graduate School of Journalism in New York.Bill came to the Alliance from Bloomberg News, where he directed U.S. local-government coverage as Managing Editor for States and Municipalities that received awards from the National Press Club Foundation and other organizations. He also served as co-host of Bloomberg’s Global Week Ahead Podcast, as well as Editor-at-Large and Enterprise Editor, and has been a featured speaker at conferences held by Bloomberg, the Bond Buyer, Governing Magazine, Investment Advisor, and TD Ameritrade.Before joining Bloomberg, Bill spent almost 20 years at BusinessWeek Magazine as Senior Writer and Senior Editor, winning two Overseas Press Club prizes for international reporting and heading the magazine’s personal finance and lifestyle sections. He was also a regular commentator and host on the PBS-TV show “This Week in Business,” Editorial Director of the Investment Advisor Group, vice-president at Standard & Poor’s Corp., and a reporter and editor at the Associated Press and the Star-Ledger in Newark, New Jersey.Bill is a Trustee of the Overseas Press Club Foundation and former member of the Board of Overseers of the Knight-Bagehot Fellowship Program in Economics and Business Journalism at Columbia University, where he was a Fellow. He is a graduate of Boston University and lives in New Jersey.