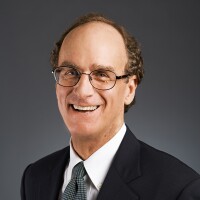 Dr. Bart Hildreth is professor and former dean at the Andrew Young School of Policy Studies at Georgia State University in Atlanta. Previously, Bart spent 30 years as a business school professor at Wichita State University (including interim business dean), LSU, and Kent State. His expertise is state and local finance, with a specific focus on municipal securities and tax policy.He is a public member of the Board of Directors of the Municipal Securities Rulemaking Board (2012-2015). He has served on the National Advisory Council on State and Local Budgeting and the Governmental Accounting Standards Advisory Council, received two gubernatorial appointments to serve on the board of the Kansas Development Finance Authority, chaired a state-wide tax review committee, served on several GFOA national committees (including the disclosure task forces), and held the position of Director of Finance for the City of Akron, Ohio where he had financial responsibility for the successful workout of a technical default on a waste-to-energy facility.Since 1989, he has served as the editor-in-chief of the only refereed journal devoted to municipal securities, the Municipal Finance Journal. In addition to numerous journal articles and books, his publications include State and Local Government Debt Issuance and Management, the Handbook on Taxation, and Budgeting: Politics and Power (Oxford University Press, 2010).A Fulbright Scholar (at McGill University, Montreal), he also received the 2008 national award for lifetime scholarly achievement in the field of public budgeting and financial management. Bart�s degrees are from the University of Alabama (B.A.), Auburn University at Montgomery (M.P.A) and the University of Georgia (Ph.D.).