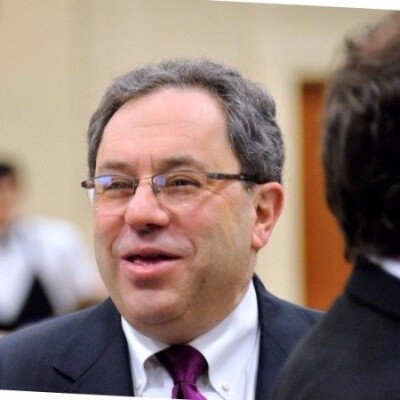 Mr. Ciccarone has been active in the municipal bond industry for over forty years, serving on both the buy and sell sides of the business as well as being a pioneer in municipal credit information services.

Currently, he is the President and CEO of Merritt Research Services, LLC – an independent municipal bond data and research company formed in 2001 in a spin off from Van Kampen Inc. Merritt was launched in 1986 by Van Kampen Merritt, Inc. to become the municipal bond market’s first subscription based credit database and software package. Besides Merritt Research, Mr. Ciccarone is also the co-owner and co-publisher and of MuniNet Guide, an online resource, which he founded in 1996, related to municipal related commentary and information.

Prior to September 2001, Mr. Ciccarone was the Co-Head of Fixed Income and Senior Vice President at Van Kampen Investments Inc (Morgan Stanley)., with a primary focus on municipal asset management and research, including the Merritt data base. From 1989 to 1996, Mr. Ciccarone was Executive Vice President at EVEREN Securities Inc. (Chicago) and held management roles in various capacities at its predecessor firms (Kemper Securities Inc. and Blunt Ellis & Loewi Inc.) as an Executive Vice President and Director of Tax Exempt / Fixed Income Research. From 1983 to 1989, Mr. Ciccarone was a Vice President and Director of Unit Investment Trust Research for Van Kampen Merritt Inc. and the first project manager for The Merritt System (predecessor of Merritt Research Services, LLC). Before 1983, he was manager of municipal research at Harris Bank (Chicago).

He has received numerous awards and distinctions from various presenters. Institutional Investor magazine named him first team All American Fixed Income Analyst in 1993 and 1995. Smith’s Research & Grading presented him with multi-year first team recognition in two categories: Buyside Research Director and as Municipal Generalist Analyst. The Bond Buyer named him as the most effective municipal general analyst in 1993. Smith’s Research awarded him a Lifetime Achievement Award in 2007 for his contributions to the municipal bond industry and the National Federation of Municipal Analysts recognized him with awards for Excellence in Municipal Analysis in 1988 and a Career Achievement Award in 2011.

Over the years, he has been frequently cited in national news sources, trade publications and broadcasting media and has been an active presenter on municipal bond issues. He has authored a number of articles for professional journals, such as the Municipal Finance Journal, and other books and publications, including The Oxford Handbook of State and Local Government and the Handbook of Municipal Bonds.

He earned his B.A. degree in Political Science at Miami University (Ohio) and his MA degree from The University of Akron in public administration and urban studies with a concentration in public budgeting.
Featured in
Can Technology Save the Municipal Market?, Tuesday March 26, 2019 11:00 a.m. - 11:45 a.m.