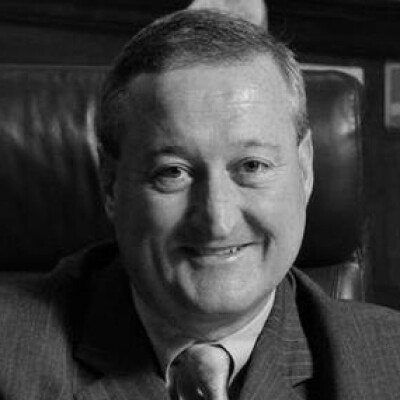 On January 4, 2016, Jim Kenney was sworn in as the 99th Mayor of Philadelphia. In his first budget, the Mayor worked closely with City Council to fund bold anti-poverty initiatives. The initiatives included the expansion of quality pre-k, the creation of community schools, and investing in parks, rec centers, and libraries. These initiatives were possible because Philadelphia became the first major city to pass a tax on sweetened beverages.

The Mayor’s Office works to strengthen every neighborhood by focusing on:
Before he became mayor, Kenney was a member of the Philadelphia City Council for 23 years, serving as a Councilman at Large from January 1992 until January 29, 2015, when he resigned to run for mayor.
Featured in
Lunch with Keynote Address , Thursday October 24, 2019 12:15 p.m.